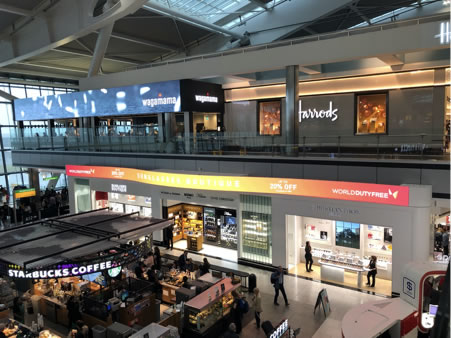 This project was conducted in conjunction with Adxba and Blynk as part of the regeneration of the World Duty Free store in Terminal 5 at Heathrow Airport.

A curved 25m ribbon was installed above the entrance of WDF to update the façade. This improved the visual appeal of the store and increased its visibility within the Terminal 5 departure lounge.

The purpose of utilising a curved display was to create a modern and eye-catching aesthetic, whilst bringing this store into line with the other WDF stores at LHR.

The modules are both magnetic and incredibly lightweight, weighing just 500g. 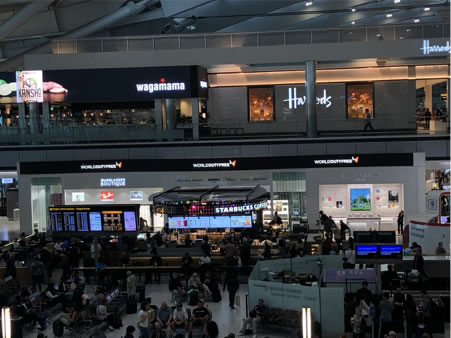